Our countrymen and women, are know as the “Luxembourgeois”, are trilingual: they speak Latzebuergesch (the national language), French and German. Most of them also have a good mastery of English.

The economic structure of my country rests upon the banking sector as well as insurance, telecommunications, the steel and engineering industry, tourism, agriculture and wine-growing. Situated at the very heart of Western Europe, my country has always been at its crossroads. Indeed, Robert Schuman, “Father of Modern Europe”, was born here. Luxembourg is also home for several European institutions and has provided two Presidents to the European Commission, Gaston Thorn and Jacques Santer.

There are five tourist regions, each with their distinctly different countryside. Be enraptured by the heart of the “Good Land” and the millennial Capital of my country, by the hills and treasures of the Ardennes, by the mythical rocks of the Mullerthal, by the kingdom of the vine in the Moselle Valley, and by the industrial and architectural heritage of our country in the “Land of the Red Rocks”.

The center of the Good Land is Luxembourg City: the capital of the country as well as of the European Community, banking center and cosmopolitan town surrounded by magnificent historical fortifications, classified as world patrimony by the UNESCO.
The surrounding countryside of the city is an unending feast of greenery with many orchards, small villages which kept their own character until today. The brilliant restoration of the village Useldange was even honored by the Europa-Nostra Price. On quiet roads through the Valley of the seven castles, let the nature guide you from Koerich with its baroque church to Mersch on its traces of the past. 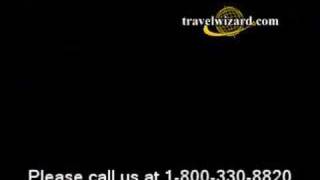 Hey Sharon, We are home & had a fantastic time. I have to say that the Vatican tour was fantastic. The wine & food experience in Chianti was soo much fun too. The car rental.... Read More


Inspired to Travel?
Fill out our vacation planner >
Travel Tips From TravelWizard.com

Looking for a historically interesting vacation?  History buffs will enjoy an iberian peninsula tour, that explores the culturally rich and historically important countries of Spain, Portugal and Morocco.  Ask our Europe travel experts for more information about joining an escorter tour of these three countries.

Start with our vacation planner so we can match you with our most suitable travel advisor. We do it all for you, air, car, accommodations, tours, you name, it in a seamless luxury vacation experience you will treasure for a lifetime.
Call Travel Wizard Today
1 415 827 4981

Your personal connection to the priceless experiences in every corner of the globe!